Sceptical eyebrow raised at the subject’s first sight. I remember the first time I did a career
guidance test. I was at college, with my best friend, and all we learned was that we were obviously
more literary than scientific. Several years later, I finally graduated with an economic and social
baccalaureate, and she did with a scientific one. After my first two years as a political science student,
I can say one thing: I don't know where I'm going professionally. 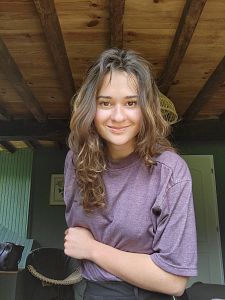 I've always had phases. I wanted successively to be a princess, an artist, a head cook, a florist, a writer, a journalist, an NGO director, and more recently I have become passionate about cultural
policymaking. I have the unfortunate tendency to know what I like, but not what I don't like. But the conclusion remains the same: I don't know what to do. In the short term, I know that I would like to
do a gap year, in order to do internships. I agree with the theory that the best way to find out what you like and don't like is to try it.
Ironically, I spend my time asking myself and my friends about our future. But the concept goes so much further than just the professional future. I ask them what kind of home they would like to have. Do they prefer the city or the countryside, do they want animals, do they plan to live with someone or alone? I project myself successively through their vision of things, to see which one suits me best. I try not to panic. But in the end, I tell myself that so far I've managed to get what I want, and I'm very happy that way. The best thing about the future, even if it is hard for me to accept, isn’t it to know what it will be made of, and to be excited by the possibility of anything magical happening?
Mathilde Travaux