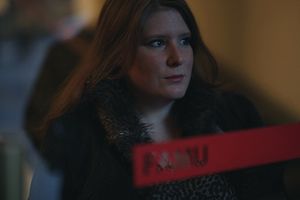 “FAMU school was my first and only choice.”

Master´s programme at The Academy of Performing Arts in Prague, Film and TV school (FAMU).

The subject film-directing is not that precisely and practically-oriented taught in my home country as it is in the Czech Republic. In Switzerland, you study film at the beginning of your studies without a clear specialization and only after two semesters you decide which profession in filmmaking you want to pursue. Since I knew from the very beginning that I wanted to study film directing and because I liked the autheur-film tradition of the Czech New Wave screenwriters and directors, to study at FAMU was for me the best possible option.

I enjoyed that my studies were practical from the very beginning, what means that I had the chance to shoot my own scripts from the very first year on, I was studying.

I just shot my first feature length movie as a Swiss-Czech coproduction in Prague and Berne and am currently editing the film. My studies have helped me to do what I really wished for: shoot movies.